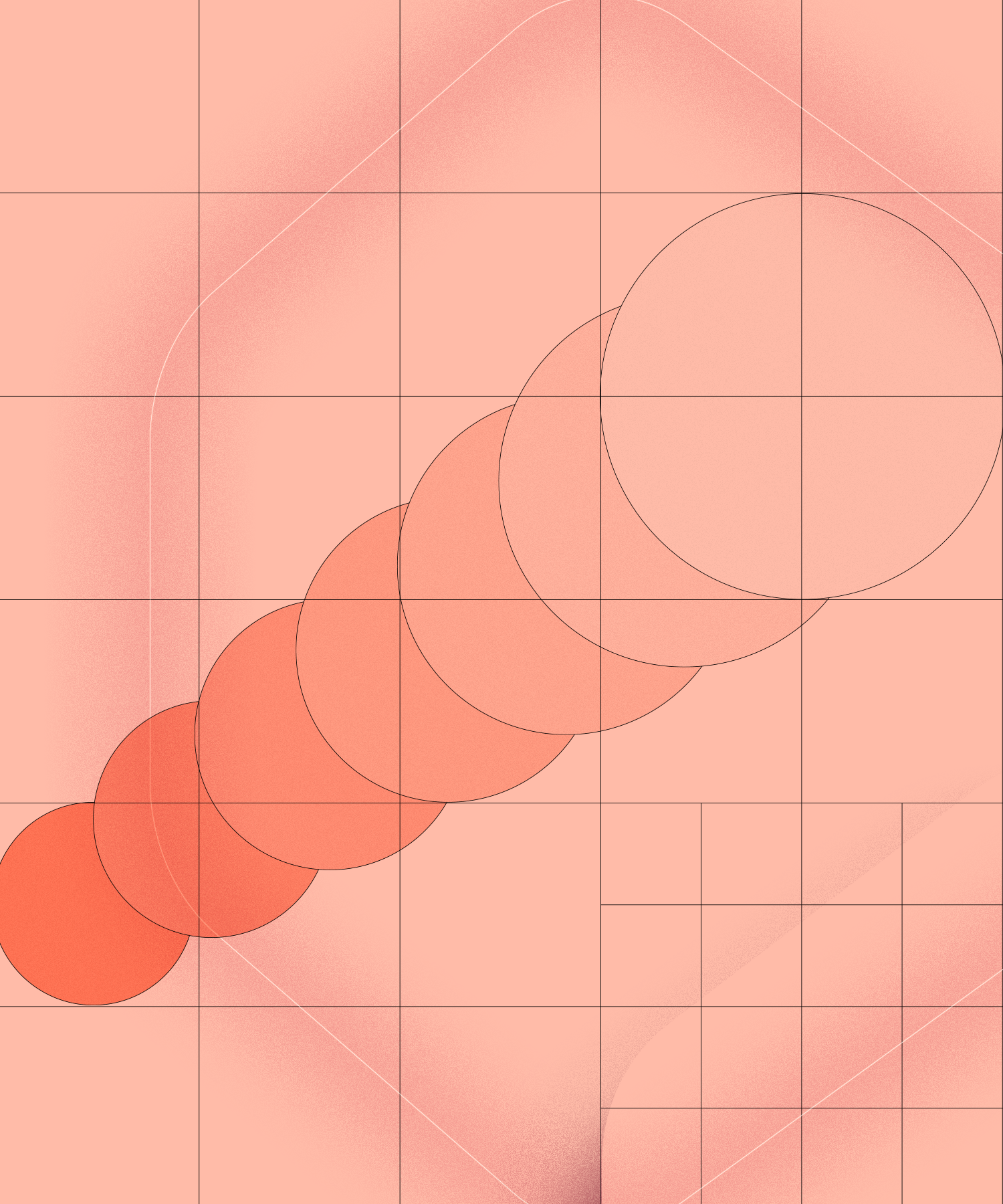 Uncharted Rebrand: A Q&A with the Client

The organization formerly known as Unreasonable Institute hired Briteweb in late 2016 to lead an end-to-end rename, rebrand and website redesign. Although Unreasonable’s team strongly identified with their existing brand, their evolving model meant it was time for something new. Below you’ll find a Q&A with two members of the team newly named Uncharted. Co-founder and President Banks Benitez and Director of Marketing & Communications Laura Schwecherl share the highs and lows of a process that was at times scary and boundary pushing, but ultimately exciting and empowering.

What kind of vetting process did you go through to determine which agency you wanted to work with? Why did you choose Briteweb?

Banks Benitez: Our vetting process was extensive. It’s an expensive endeavor, so we wanted to do our due diligence. We talked to four different partners. We also looked at doing the work with a couple of different contractors together. We did reference checks – both the two references Briteweb gave us and probably eight or ten they didn’t give. I cold-called their clients: Chicago Lighthouse, Turnaround for Children. I spoke to people in the Briteweb Network. I spoke with [Director of Project Operations] Kelly before we signed the contract to make sure it was actually possible for them to do it in the time we had.

Finally, in November we decided on Briteweb. Briteweb operates in the impact space, and that positioning was important to us. And it felt really early on like we were very values-aligned. It felt like family; like we’d known them for much longer. I remember I was in Japan and Brodie sent me an email wishing me a happy birthday, and talking to [CEO] Steve and [Director of Strategy] Samantha and [Director of Project Operations] Kelly. There was that slow build of trust, comfort and familiarity. I’m a slow decision maker and a slow hirer because we just need to get it right. That’s just as true with a potential partner of this scale as it is with a full-time employee.

How would you describe the overall state of mind of the team going into this process?

BB: By the time we got started, I think we were pumped. So there was excitement and energy, but also discomfort. After the first [brand strategy] workshop, I think there was this collective exhale, this feeling of ‘we’re in good hands.’

There was some trepidation going in, wasn’t there?

BB: Yeah, there was. There was an attachment to Unreasonable, and a sense of identification with being unreasonable. Will we lose that maverick-y “let’s take the hill” kind of vibe that we’ve had? Unreasonable was a strong brand, so there was fear that we might not get back something as good, or something that we can identify with as much. Change is uncomfortable for anybody. It’s like taking off your clothes, and being naked while you wait to put on new clothes. That’s uncomfortable. You feel exposed, vulnerable.

What were you personally most trepidatious of, going into this process?

BB: I was nervous about the budget, just because it’s an expensive endeavor. We can’t do it half-assed. And the timeline. We’ve pretty much been working 24/7 for the last six weeks, and we used up every last ounce of the time we had to get this done.

Laura Schwecherl: It was much more than just getting the website up on time. We wanted to make sure the brand reveal was as powerful as possible. So we were also planning how to communicate with and engage the people closest to us. How do we tell the story differently for each of our stakeholder groups, in a way that’s going to get them excited and make them our evangelists? So on launch day it’s not just us sharing it but hundreds of other people. So a lot of thinking and planning went into that. What I found so valuable was that everything we wanted to do, we were able to use Briteweb as a sounding board. Like, “This is our budget, these are the things we want to do, what should we focus on?” Samantha was so good at saying, “Focus your time here, don’t focus your time there.”

BW: What did you find most surprising about this process?

BB – Looking back on it now, I think I was most surprised by the naming piece. That was a weird time for us, and the most uncomfortable part of the process. I don’t think we were really ready for it. There are these strong perspectives and emotions around names, and your short-term reactions are often different than your long-term reactions. Now, I’m so pumped on Uncharted, but in the beginning, I don’t know, I didn’t like it at first. We chose a different name initially, but we didn’t get the greenlight from legal. So there was this letdown after thinking we had our name. Then we came back to the list and to Uncharted. Now, I think Uncharted is amazing. We could’ve gone another direction really easily, and that scares me.

LS – I think I was most surprised at how much work was involved. I joined the team just after the logo was chosen. Coming in, Banks said to me, “For the first three months, you are going to be doing brand stuff full-time.” And I was like, “Okay,” but fully thinking that would take up some of my time but not all of it. But it was a full-time job and then some. Which I think is a testament to how important branding is. It touches everything. 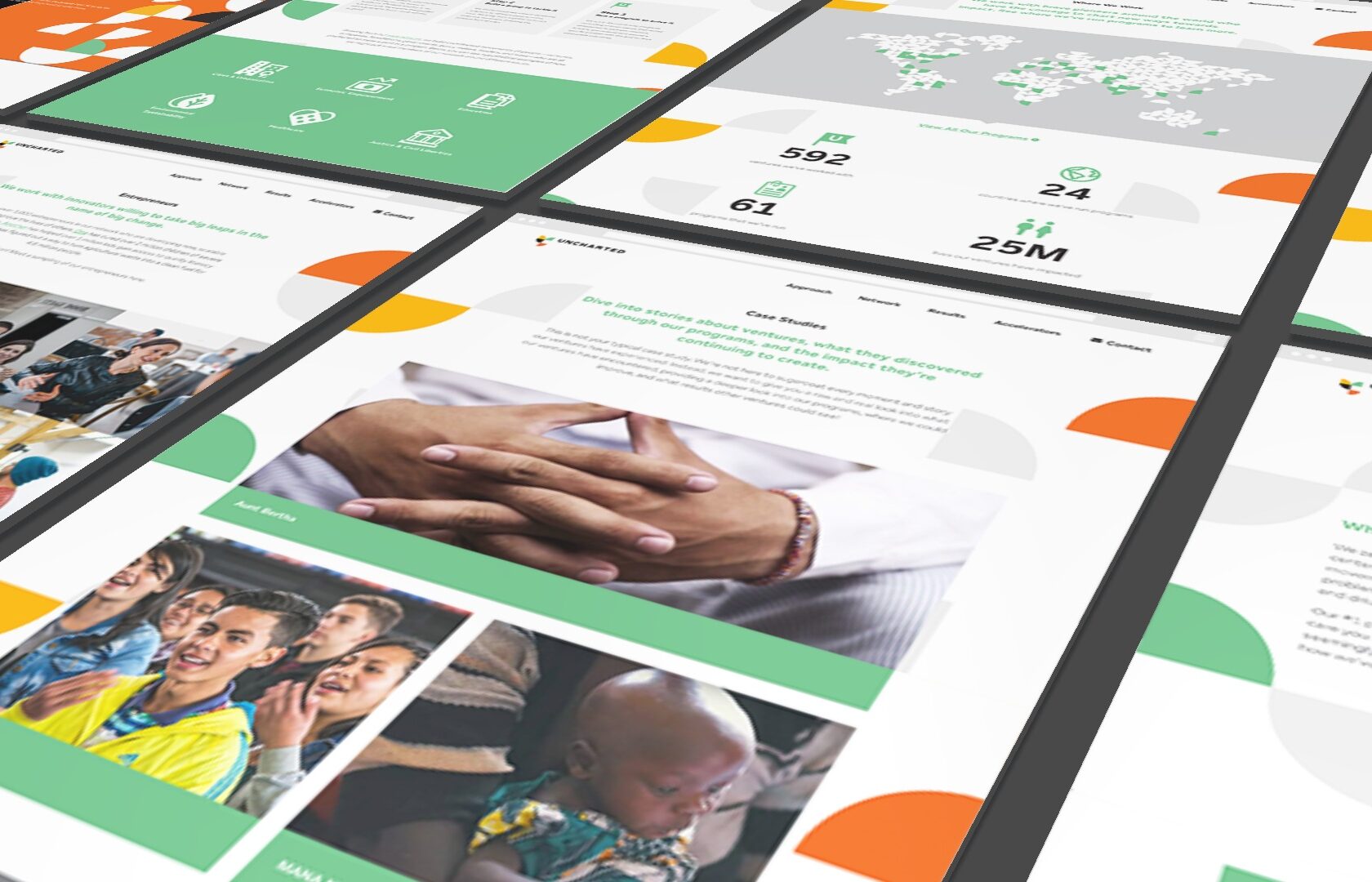 What was the most difficult part of the process for you?

BB – Naming. And being on the Project team when the rest of my team wasn’t. The three of us [on the Project team] having to make decisions about things like logo and name without getting everyone’s buy-in. The way we made those decisions was democratic between Leigh, Teju and me. And even between just the three of us, it was not unanimous on some of those big-ticket items. And we were getting reminders from Kelly – ‘we’ve gotta move, you’ve gotta decide.’ Now, there’s consensus and we all love Uncharted. But at the time, psychologically, it felt like leaving a man behind.

BW: What was your favorite part of the process?

LS – Working with Briteweb. Those final moments, when me, [Web Developer] Tim and [Project Manager] Claudia were on Slack at 11 PM. It was stressful, but it felt like one team, right? It was so collaborative. I was constantly stressing about irrational things, like what if the site explodes? And Tim was like, “That won’t happen and here’s why.” When Claudia told me we didn’t need to have our weekly status call anymore, that made me sad.

BB – I’d say that first workshop in December. It was so pie-in-the-sky and creative. And that exercise where we matched words together to come up with possible names? So fun and hilarious. Our team was in such good spirits. We had a lot of confidence in Briteweb, which meant we felt like we could relax and have some fun with it.

BW: Is there anything that you know now that you wish you’d known, going in? Anything you would tell someone who’s about to embark on a process like this?

BB – Again, on the naming side, I would say, “Hang in there.” It’ll feel different once you have the logo. When it was just this word, it was so hard getting our heads around it. Trust the process, trust the foundational work that Briteweb has done, trust everything that’s gone into this. Be slightly distrustful of some of the doubts and emotions you have around the name.

BW: Any specific moments that stick out to you from our collaboration? Any funny stories?

BB – I think besides that first workshop, a moment that sticks out is those happy hours we got to spend with Briteweb. Spending time with new friends, that was special. Another would be the day before the brand launch, we had food catered all day. We were there until 10 PM, and the A/C turned off and the heat in the building started to rise. We were wearing our Unreasonable T-shirts for the last time. It was like the night before Christmas, except we were sweating and exhausted.

LS – I’d say it was the first time the Unreasonable URL redirected to Uncharted.org, and my heart just dropped… Like, this is it. And once we sent the email announcement out to our subscriber base, and we saw these responses pouring in. We were worried that people were going to be confused, or upset, because the Unreasonable brand was so loved. But everyone was so enthused. The validation was so nice – like, people get it.

BW: What did you most value about working with Briteweb?

LS – We became one team. That’s really unique. It wasn’t Briteweb + Uncharted; they were on our team and we were on theirs. That’s where that level of trust came in. We were aligned. I can’t imagine it being any other way. The word ‘client’ is so weird to me in this relationship. It wasn’t a client-agency thing. We were friends and peers. Briteweb cared just as much as we did.

Want to learn more about the Uncharted project? Find out how we helped them roll out their new brand.